If you love mysteries and puzzles, you are attracted to mysterious and inexplicable, - go with the whole family in the amazing and mysterious places of Ukraine. Pyramids, the port, the castle will delight you with its flavor

You want to see an Egyptian pyramid? IN weekend? Fly to Egypt is not necessary. They can be found in our Poltava region. And not even one, but two. A ghostly fort height in several stages and the same in depth? Which is not visible not only from the road. Try to find the entrance, if you do not know... This is the Rivne region. A visit to the castle, where possible, live underground creatures? Then you in the Odessa region. Well, let's go!

The main attraction of Belgorod-Dniester - the famous Akkerman fortress. It was built on the site of the ancient city of Tire, and dates back to the XIII-XV centuries. On three sides fort surrounded by a moat width of 10-12 m, and from the north washed by Dniestrovsky estuary. Throughout its history the castle was repeatedly besieged and suffered from the attacks of the Tatar, Turkish, Russian troops.

Nevertheless, the powerful defensive walls and towers almost completely preserved to the present day, telling us about how large and impregnable was this building.
In the fortress a lot of space and an extensive network of underground tunnels. It dungeons Ackerman tied mysterious and eerie stories about mysterious creatures living under the fortress.

It is said that the horned and underground smelling moldy dark creatures not seen on the surface and have heard their noise in the dungeons. A local security guards sometimes hear a piercing howl coming from the towers of the fortress... And even if it is just a legend and tales for tourists to see the castle with your own eyes is definitely worth it!

Getting there Prior to Belgorod-Dniester convenient to go from Odessa by bus or train (80 km). 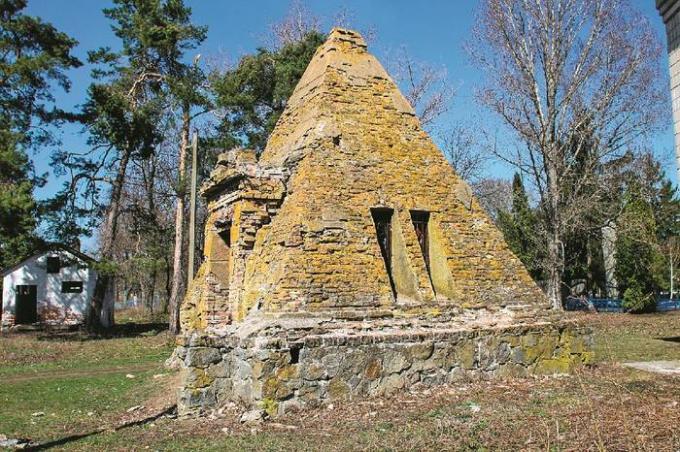 TOP-3 Ukrainian mystical place worth visiting with your family / istockphoto.com

Birch Rudka - an ordinary village in the Poltava region. From the middle of the XVIII century and until the arrival of the Bolshevik power, it was the patrimony of the five generations Zakrevsky family.
At the end of the XIX century landlord estates Ignat Zakrevskii began to build in Birch Rudka family tomb in a pyramid. He ordered it as a chapel over the tomb of his ancestors. Tomb built by the rules of the Egyptian pyramids: four faces meet the sides of the world, there are underground and aboveground parts. Length - 7 m height - about 10 m, input - the south side, a material - brought from African granite and local brick. Adorned pyramid statue Egyptian goddess Isis (II thousand. BC. e.), and the walls were painted in Egyptian frescoes and inscriptions from the Holy Scriptures. It is here Zakrevskii Ignat, who died, by the way, in Cairo, and was buried beside his ancestors.

Also, the type of Egyptian tombs built a pyramid tomb in the village Komendantovka. Its height - 15 m, and the area - more than 100 sq. m. The issue is at the end of the XIX century with a light hand of the leader of the local gentry Bilevich Alexander, who visited Egypt and the pyramids of Giza impression. Structure erected from granite blocks fastened together by mortar with addition of blood freshly slaughtered cattle and egg proteins. In underground level pyramid three burial chambers, in overground - orthodox temple iconostasis and altar. Crowned by the construction of the bell tower with an orthodox cross. The pyramid was buried Bilevich Alexander himself and his wife Sofia. But in mid-1920. graves were destroyed, and the pyramid of organized storage of fertilizers. In those same years, some of the local took the cross soon thief missing. Said lost his mind...

And it's not the only mystical story related to Poltava pyramids. They have repeatedly tried to take down, but buildings have survived! The locals give them the miraculous properties - say, if you go inside and stand at the intersection of sunlight, you get a powerful boost of energy and be healed of their ailments.

Getting there Before Birch Rudki can be reached on the highway Kiev - Kharkov. Before Komendantovki - by train or bus to Poltava, further to Kobylyakov then transit bus in Komendantovku. 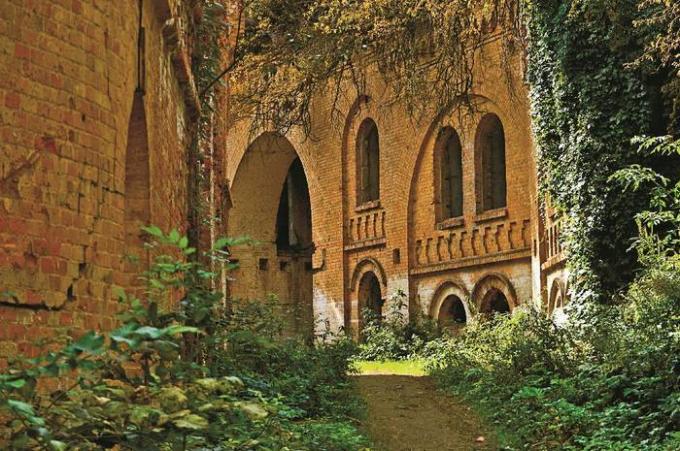 TOP-3 Ukrainian mystical place worth visiting with your family / istockphoto.com

Near the village of Rivne region Tarakanov is an abandoned fortress of the First World War - Tarakanovskiy fort. It is the only building of its kind in the country. About him tell amazing things. And that is the place of power, and that there wandering ghosts. Impressive fort and its scope. Only one tunnel under the outer walls has a length of about 100 m.

Fort built in 1890 on the orders of Tsar Alexander III. His main task was to protect the railroad between Lviv and Kiev. It held even electricity and telephone. And while the fort was never used for its intended purpose! Since 1900 it was a military depot or a prison. After the Russian went away, at different times visited Austrian, German, Polish soldiers...

As soon turns inward, it begins to seem that he was in a ghost town of the sci-fi movie. In the last century around the fortress planted vines to mask. They have grown, braided trees and stone walls, and it creates a very mystical atmosphere. It is said that in the fortress there were cases of disappearance of people, often heard phantom explosions, strange voices, similar to the team. Perhaps this is due to the fact that in the early twentieth century, it killed a lot of men, and they still can not find peace...

Anyway, Tarakanovskiy fort - a place with a unique history. He survived the First and Second World War. By the way, according to one legend, during World War II the Germans established a powerful underground generator, which supposedly still not out of order. Who knows...

Getting there Tarakanovskiy fort is 10 km from the city of Dubno and 200 m from the road Kyiv - Chop.

Also you will be interested to read this: Slavyansk: 10 reasons to visit this city with the whole family

How to clean sagging corners of the mouth

Correcting drooping corners of the mouth is rel...

Heels or ballet flats? What shoes do not harm

Of course, in a case should be the one and the ...

Fix Price is able to please a pleasant shopping...