7 amazing places in Ukraine, which is worth a visit with the whole family

Places of power - point harmonious combination of terrestrial and celestial, body and spirit. Some are able to bestow health and strength, while others - the harmony and peace, and others - the inspiration. Look for a place of strength and energizes

Everyone has their own place, where he is resting, gaining energy, inspired. go totravelAnd amazing place of Ukraine will give you inspiration. 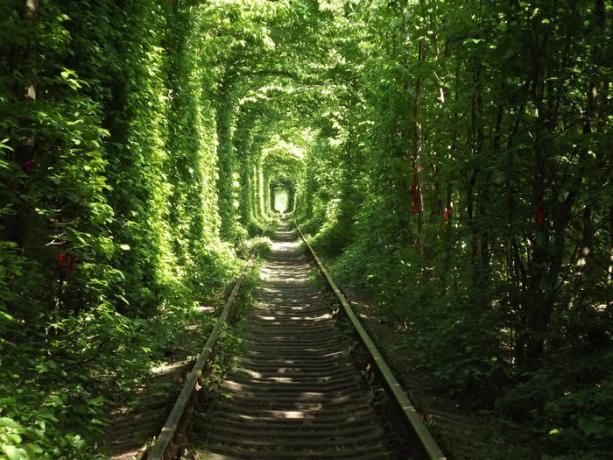 Svitiaz sometimes called the younger brother of Baikal. Truth in this is: it is the deepest lake in Ukraine (maximum depth of 58 m - 4 times deeper than the Sea of ​​Azov). Svitiaz famous waters clarity, the bottom can be seen even at a depth of 8 m. This "crystal" due to the fact that the lake is not no river flows, and it is fueled solely by underground sources. Ecology is close to perfect, but the lake water is rich in silver and glycerin. According to a beneficial effect on the skin swimming in these lakes is comparable to treatments at the spa. Delightful lake can restore peace of mind to anyone who decides to visit its shores, and creative people also bestow inspiration. Examples: Adam Mickiewicz, Les Ukrayinka, Lina Kostenko. The list goes on ... 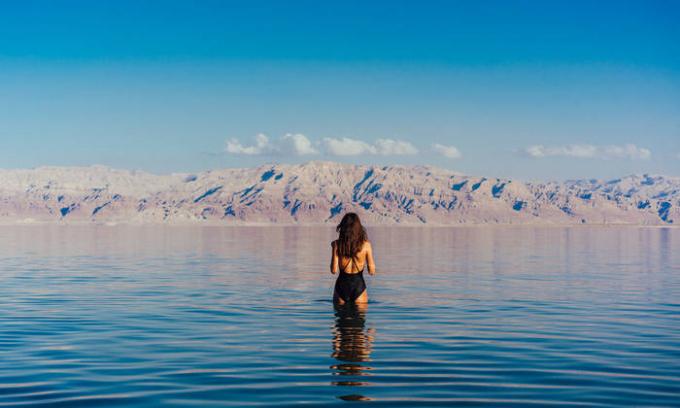 In 1848, shoaled Zbruch river near the city of Ternopil region goose was found Zbruch idol, he's Rhode Svyatovit - a unique monument of pagan times. A little more than a century later archeologists found to Gentile sanctuary in mount Bogit - the highest of hot Toltrovogo Medobory ridge. Get to Bogita easy: about 3 km along the forest paths, forced his way through the dense undergrowth. However Bogit worth the effort: on a mountain top, archaeologists discovered preserved complex of pagan temples - a large stone-paved circle with a diameter of about 17 meters and eight sacrificial pits. In the center of the circle is deepening, the size exactly corresponding to the base of the column Roda Svyatovit. With good reason it could be argued that the unique monument is here. Here priests magicians performed the rites, giving God of gods - sacred "demands". You know the words? Ukrainian "required" - it is necessary. And those who experience genuine need to touch their roots, be sure to visit the Bogite. Incidentally, psychics believe uphill energy place with a very unusual aura. 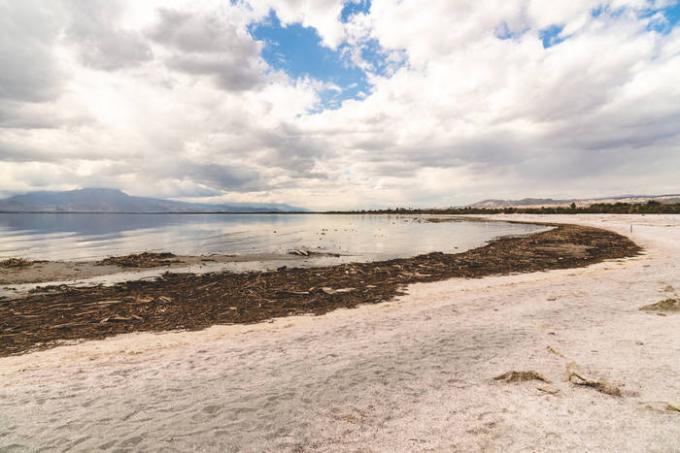 Dzhurinskiy, Chervonohrad, Nyrkovsky - all names for the same waterfall, located on the river in the village Dzhurin Nyrkov Ternopil region. Before you is the largest plain waterfall in Europe. The whole river is flying from a height of 16 meters (the height of a five-story building!). Water forms a transparent curtain on three powerful ledges. The spectacle is simply mesmerizing! But enjoy a little - it is important to take a dip. Warm stones and the water is cold. Zaprokinesh head - and it seems it is not water down as you fly away into the sky. Powerful energy, presented to the flying water, you will feel instantly and will never forget.

Surrounding sat Rudnia Zamyslovetskaya (Zhitomirska) located geological reserve "Stone village." The local moss-covered giant boulders incredibly old. Around 30 million years ago, the glacier moved them in Polesie from Scandinavia. Now stone masses rise up along the road, forming some sort of rural streets. According to legend, one day this place has become a field of battle of the Lord with a dark force. Defeating the evil Lord ascended into heaven, several times stepped on the rocks scattered everywhere. And etched in stone trail God's feet. They say, even in cold weather should stay warm. And the one who will find, acquire good health and fulfillment of the cherished desires. 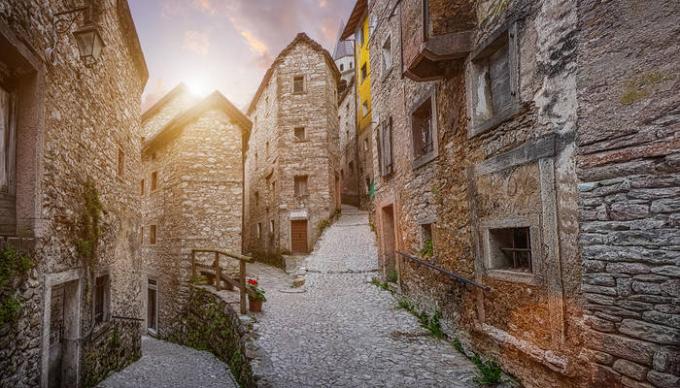 Assess the magnitude of the Cold Ravine (Cherkasy region) is only possible with aircraft, because this gigantic system of ravines, gullies, hills, slopes and valleys stretches for 250 km! The slopes are covered with relict forest Yar, 400-year old oaks for these places - young people, and many plants are endemic preserved from pre-Ice Age. In the cold Yar half hundreds of rivers, streams and lakes in the purest ice water. Many springs - radon. There is a theory that Yar giant appeared 2 million years ago in a collision of the Earth with a huge meteorite, was awakened slumbering volcano. There is also an assumption that on Cold Yar held the old channel of the Dnieper now to these "sleeves" of the river flow and Tyasmin Irdyn. There is also a hypothesis that 1000 years ago the river was navigable, and between them was the same island Rus, whose location so tenaciously sought by historians. The air temperature is always a few degrees lower than in the district, because in the deep ravines and in the middle of summer you can find snow. The nature of Yara - severe. But after his visit is filled with enormous inner strength and tranquility...

For every Ukrainian Khortytsya - symbolic place. The largest river island of the planet (24 sq. km), which lies in the city of the giant, connected to the Zaporozhye bridges. Only 6 years existed in the first Sech island, more than a hundred - to destroy traces. Today here the Museum of History of Zaporizhzhya Cossacks, a monument to the founder of the first Sich - Bayda - and even a full-blown "mock" the most Sich. But there is something else: the ancient Scythian sanctuary, two pagan observatory, the mysterious Witch Cave, a magical black stone ages a panacea for wounded soldiers, Black Rock (at the intersection of two of the Dnieper flows) - a powerful energy of this place is palpable physically. A little advice: "communicate" is always followed with Khortytsya "you". 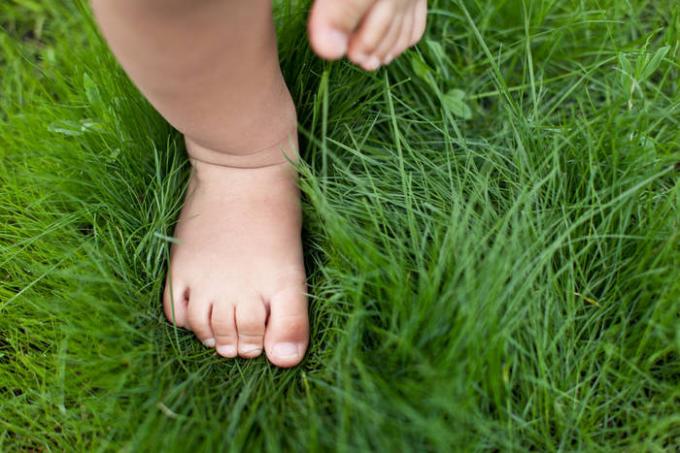 Stone Grave - a unique phenomenon not only for Ukraine, but for human civilization as a whole! 30 km from Melitopol, near the village of Patience in the middle of the steppe rises mass, composed of more than three thousand of sandstone blocks. 26 thousand years ago, the stone hill temple and it became a unique chronicle of formation of religious ideas of mankind. 65 grottos and caves decorated with thousands of rock art - petroglyphs. The vaults and ceilings drawings periods of the Paleolithic, Mesolithic, Neolithic, Bronze Age and the Middle Ages. For thousands of years the hill was sacred mountain, a place of religious ceremonies for dozens of ancient tribes. Perhaps terrestrial civilization knows no other temple, fulfills its purpose as long. Not surprisingly, this monument attracts scientists, psychics, ufologists, it is one of the most powerful energy centers of the planet!

Also you will be interested to read this: 5 most beautiful lakes in Ukraine to travel with the whole family

Compare budget eyebrow gels. Which one is the best and which one

Hello dear readers! My name is Elizabeth, and t...

The reason why Malkochoglu rejected the love of Mihrimah

Mihrimah did not have time to recover from the ...

One thing - five images. Stylish experiment with the most fashionable skirt 2020