From fast food aging brain: the unexpected findings of scientists

Everyone knows that fast food has not the most beneficial effects on human health, but recently scientists have identified a new danger.

Australian scientists have found that the use of "fast food" leads to premature aging of the skin. Therefore, if you are used to often eat hamburgers, french fries and nuggets, should review their food habits. 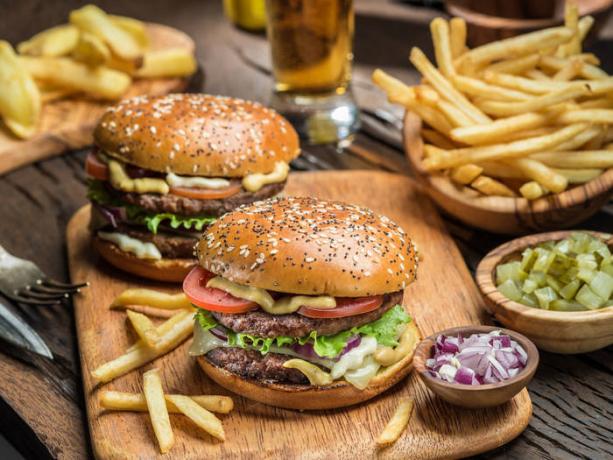 Scientists have conducted extensive research, during which examined the link between lifestyle, dietary habits, health and brain aging. The results suggest that an unhealthy lifestyle, abuse of fast food and lack of physical activity can lead to dementia and brain atrophy. In addition, impaired memory, attention, a man hard to concentrate, and at times increased risk of Type II diabetes.

The problem is that these processes are irreversible in people who have reached middle age, and it means, that need to reconsider their habits in his youth to old age, to avoid weight problems health. A proper diet, getting rid of food waste, frequent walks and exercise, adequate fluid intake will help you live to a ripe old age and keep the mind and sanity.

Forecasts scientists on human health in the future, unfortunately, disappointing. It is estimated that by 2030 more than 10% of people will suffer from type II diabetes, and about 30% of the population - from obesity.

What to do if your back hurts during pregnancy

Pregnancy is a time when you should be careful ...

Don't trust the dates on the packaging: what is the actual shelf life of food

Incredible but true: expired foods can be eaten...

What to cook for a student for breakfast: a quick dish in a mug in 3 minutes