pyaternyashek the birth without IVF - it is very rare: one case of 55 million. Yes, in this practice of our doctors was not and probably will not be.

The Odessa regional hospital in 2016 a young mother gave birth to his fingers. As he reported on his page professor of obstetrics and gynecology of the Odessa National Medical University Svetlana Galic, babies born at 32 weeks prematurely and by Caesarean section.

"All infants who joined the family from Odessa Oksana Kobyletska, in good condition, healthy, weight - one kilogram 100 grams to 1 kilo 800 grams. they were born by Caesarean section at 31 weeks gestation mothers. 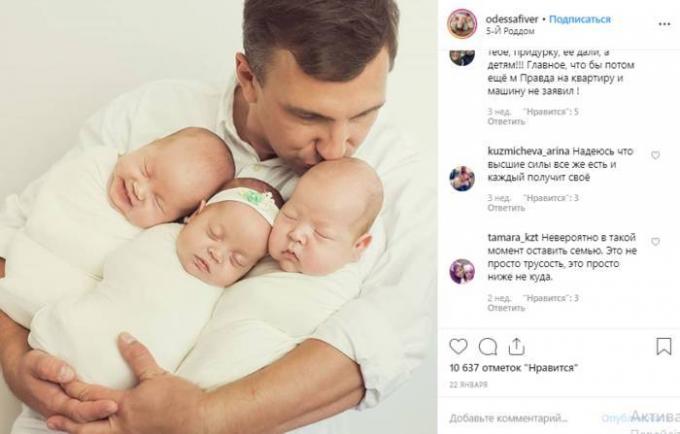 The Odessa regional hospital bunch of fives born today: 3 boys, 2 girls.
On his Facebook page, Professor of Obstetrics and Gynecology at the Odessa National Medical University Svetlana Galic said: "The five children were born alive at the same time from one mother '

And it was all the way:

January 15, 2016 Mama Oksana went to the first routine ultrasound. It was like everyone else: bare belly, gel and sensor. But when the doctor started looking at the screen, her face changed greatly, and the expectant mother was seriously frightened. Shock gave way to astonishment and a smile.

I remember how loud she began to count the number of fruits and kept saying that for this I have to give a house by the sea. I could not realize that it is happening to me. I felt like I was in a surreal dream, and is about to wake up.

On the 12th week, when the doctor again to confirm the number, the parents realized that this was really going on. They voiced "options", but they have taken a firm decision - to bear.
The children were born at 31 weeks gestation, and their weight was between 1100 to 1800 grams. In the first month of life babies when they were still in the hospital, for they had a memorable photo session.

Mother Odessa pyaternyashek Oksana Kobeletskaya talked about whether you want to start a lot of children, and in what cases it is necessary to wait. This woman reported the social network Instagram.

According to her, many people believe that having many children - always dysfunctional, but in fact it is not.

"What thought, why give birth when my husband and I are not going smoothly and the funds were not? Constantly read comments on this subject "

- writes Kobeletskaya.
She says when she learned that she was pregnant just five, began to realize that it will be a test is not easy, however, did not plan to abandon the children.

"I knew that no matter how hard will be, will drag the cross, he told me for some reason given. Even though I did not ask "


Kobeletskaya believes that having children is not necessary in cases where the children are not given enough attention and can not provide the material. Mother of many children stresses that some of the fruits without thinking, then the child may be thrown out into the street or living in inappropriate conditions.

However, with regard to your family girl expresses only positive emotions, arguing that it is always important to live and enjoy what is already there. 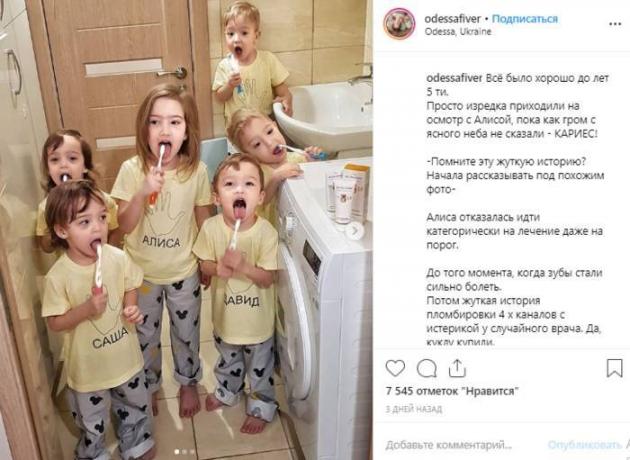 You will be interested to know, Who is Meryl Streep

5 Star moms who are born only boys

Maybe they would like to have a girl, but no lu...

The stars who will become parents in 2020

Very soon, someone will become a mom and dad fo...

As an artist, you won't surprise anyone.The # b...