9 important questions about breast health, the answers to which every woman should know

Why sore breasts before menstruation, will not harm if bras push-up, how to examine your own breasts for mastitis? Do solarium harmful and tan topless. Everything you learn in this article,

The most common diseases with which women seek medical attention now - it disease of the breast, breast cysts and fibroadenoma. The most common reasons - uncontrolled hormonal contraceptive preparations late pregnancy (or lack of pregnancy), as well as various disorders of the endocrine system. How to protect your body from disease ...

Can Cancer be inherited

However, that is no reason for premature unrest. Even if the risk is high, it does not mean that women necessarily sick. But in this case it requires closer monitoring by a doctor and more frequent inspections. 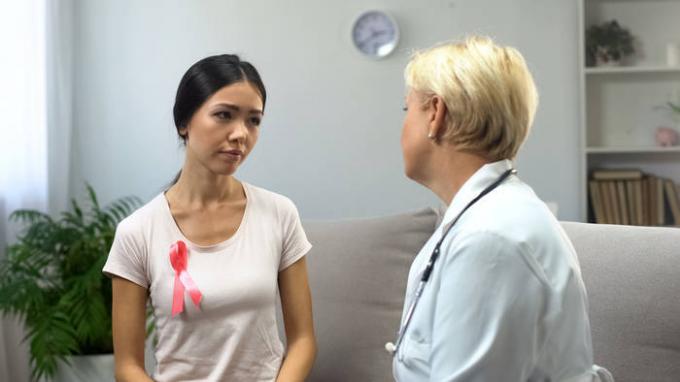 9 important questions about breast health, the answers to which every woman should know / istockphoto.com

Some call it "pre-cancerous" state, while others believe that such a disease at all.
Currently there is no single opinion about the role of mastitis in the development of cancer. The greatest danger with this viewpoint causes nodular form mastitis. It develops because of the "wrong" reconstruction of the breast tissue. But the diffuse disease of the breast is not dangerous.

X-rays mammography stands out in very small doses, and generally a short-term radiation is not dangerous to health. After 40 years of preventive mammograms recommended every year, even if there are no complaints (malignant tumor in the breast can progress very quickly). If you have risk factors, doctors may prescribe a frequent research.

Menstruation and chest pain - is this normal?

The feeling of "fullness" in the breast before menstruation is familiar to many. But if this is the norm?

Unexpressed pain in the breasts before menstruation or during it is considered within tolerance. Discomfort and gravity - it is a normal reaction to cyclical changes in the body. However, if the pain is getting worse and there are other symptoms (eg, asymmetry of the breasts, which were not earlier), definitely need to see a doctor.

can not sunbathe topless! Excess UV light may trigger the development of serious diseases including malignant. Also, do not get involved in tanning beds.

Popular in our "fake tan" in Europe and America in general is prohibited to people under 18 years. Because tanning radiation dose 15 times higher than at noon somewhere on the beach. A radiation dose (especially in children and young people) tend to accumulate and accumulate their pathogenic effect. 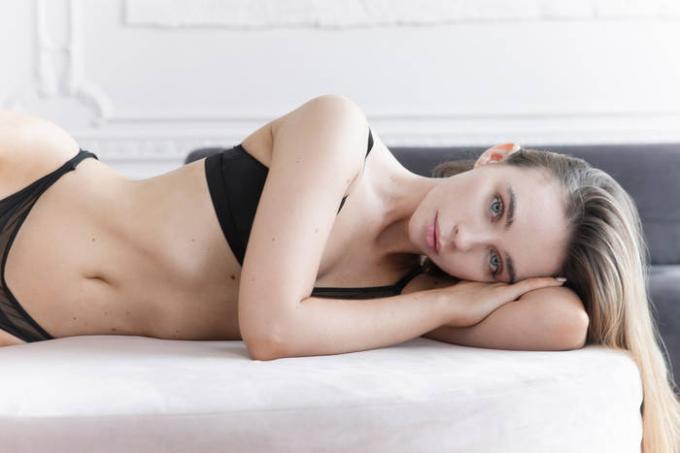 9 important questions about breast health, the answers to which every woman should know / istockphoto.com

Direct link between the uncomfortable bra, and the development of breast cancer has not been proven. However, it is still important that the laundry Do not squeeze the breast, do not rub the skin and do not cause discomfort. Not recommended as wearing a bra more than 12 hours.

How often should I attend mammalogy

Usually they do mammograms for 6-12 days of the menstrual cycle, and the US - ranging from 4 to 11 day cycle.

If the chest pain bothers

If worried about the pain in his chest, appeared discharge from the nipples, you hit upon the seal in the breast or armpit - see mammologist. Incidentally, the "suspicious" formation in the breast - not always a manifestation of oncology.

Moreover, in the mammary glands may occasionally occur seals that independently dissolve. The fact that menstruating women can take place in different ways. For example, there are anovulatory cycle in which ovulation does not occur and the development of the "yellow body." Mammary glands are sensitive to such changes. But consult a doctor is still necessary.

Breast self-examination, and today - an important procedure for preventing tumors of the mammary glands. It should be done at least 1 time in 3 months. The most effective - on 4-5 day cycle.

Also you will be interested to read this: Breast cancer: How to reduce the risk. Komarovsky advises

How to choose the first of porridge for feeding: 5 major laws

As antibiotics provoke weight gain: It is interesting

If extra kilos appear in a completely unknown r...

Sretensky candles: a powerful amulet that should be in every home