Top 7 games on a piece of paper in the box, which will surely enjoy your children

School notebooks in the box will take you to a child, long before your child goes to the first class, because it is so fun to play with the whole family on a leaflet in the box. Let's try together?

Simple leaf in the box is not so and it is simple: it can be used to develop a baby graphics skills and spatial thinking, fine motor skills and the ability to concentrate. All this plays a big role in the further development of writing, reading.

How to captivate a child playing "in the box"

It seems to be an adult, that find their way onto a piece of paper - the task is simple, but in fact it still requires some training! So start the first lesson you can, without delay. Of course, in order to achieve certain results, the child must first be interested in, passionate about the game!

Take a few sheets in a cell, crayons and ask to play. Choose the best special exercise books for preschool - in a large square: the one who keeps uncertainly pencil, so it will be much more convenient to play and learn. 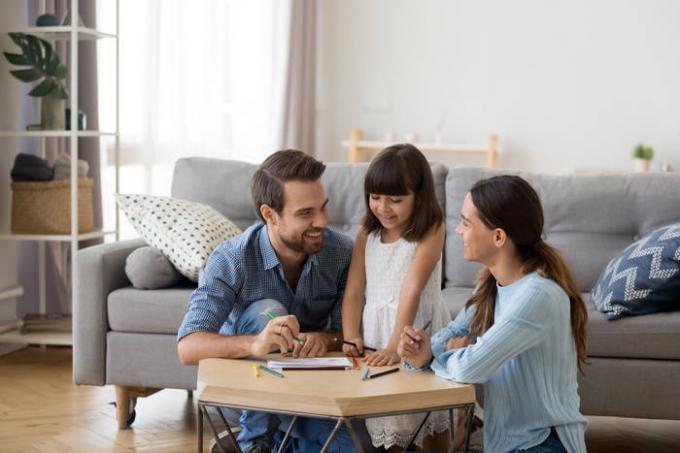 Top 7 games on a piece of paper in the box, which will surely like your children / istockphoto.com

What skills will become a child

Thanks to the entertaining games of the baby:

1. According to the prompts or graphic dictation

Child should draw on the cell, without lifting the pencil from the paper, given a geometric shape (square, rectangle, pyramid).
Focus should be only on the verbal prompts: "Three to the right cells, the cells are now four down, three to the left."

Start drawing a series of geometric shapes (square, oval, triangle), and ask the kid to continue it, strictly observing the sequence. 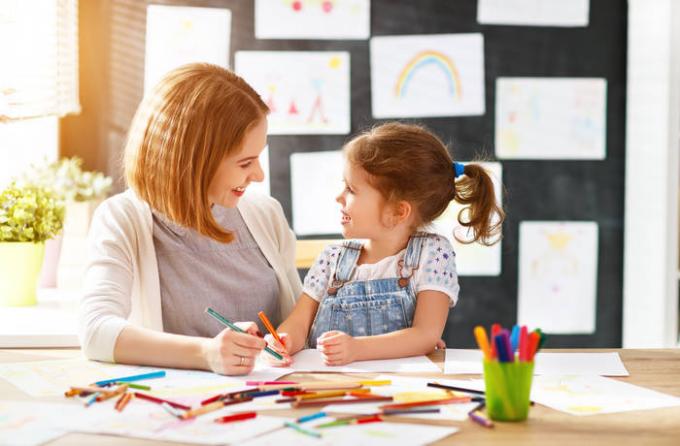 Top 7 games on a piece of paper in the box, which will surely like your children / istockphoto.com

Draw using cells of any object such as a ship. And ask the kid to portray the same. The child should repeat with accuracy the number of cells. A more sophisticated variant: to draw the same ship, but exactly twice as much. Or let the increase, for example, only the sail.

Looking for 2 players. Draw a notebook playfield. Arrange around the perimeter point. Then the players alternately make moves. any two points so as to obtain a segment to be connected. It is impossible that the segments overlap. Loses the player who will not be able to make his move.

2 players are involved, each chooses a color. Draw a square playing field notebook. Each player places their color point and leads from her line of one cell. Then players take turns, one move - a continuation of the line started in either direction, but you can move only one square. Do not touch the boundaries of the fields overlap and come into contact with an opponent. The player who can not make a move.

Think of some object (say, a pyramid), mentally draw it on the cell with different colors. Assign to each color symbol - figure: for example, the lower tier - 1 (green), the second - 2 (blue), the following - 3 (red). Sketch scheme.
The task of the child - the right to paint over every cell and say what kind of object in the picture. Now try the opposite: the kid comes up with a scheme, and you paint over.

And you will have to connect all their imagination in this game. Have your child draw any animals or birds. But! They should contain only smooth geometric shapes. Compete who can come up and draw more animals.

Also you will be interested to read this: learn to count to 10

Saturday compilation of erroneous statements on vaccines Sputnik with my comments

I am commenting on the statements on the topic ...

9 things your man needs to keep him interested in you

7 rules to make your relationship last

Now it has become very difficult for people to ...