First of all, they want to enroll in kindergarten at the place of residence. The rest will have to wait for free seats.

They want to "tie" enrollment to kindergarten to the child's place of residence. Such a bill has already been submitted to the Verkhovna Rada and even passed the first reading. The purpose of the document is to make kindergartens "more accessible" and "closer" for kids. However, few take into account the interests of the parents. It's no secret that many mothers in Kiev choose a garden closer to work. After all, having time to pick up the child before closing in traffic jams is another quest. In addition, being tied to a place of residence will in no way solve the problem of overcrowding in gardens in dormitory areas. Quite the opposite - there will be even more queues there.

Those who do not live do not enter the garden

The new bill introduces amendments to the Law on Preschool Education. In particular, when enrolling a child in a preschool institution, the deputies propose to prioritize such priorities. First of all, the kindergarten will be enrolled:

All other children will be able to get into the preschool educational institution only on the condition that after the enrollment of all the high-ranking students there will be free places in the groups. At the same time, the procedure for getting to these places in the bill for some reason is not spelled out. To get to the garden, you need to be in one of three categories of the waiting list / istockphoto.com

This system is now working in schools. For guaranteed enrollment of a child, you need to document the place of residence, which is within the scope of the school's service. If you do not pass on the coveted list, wait for free places to which you can get - attention! - using a lottery. As a result, from the beginning of the year, parents of future first-graders bother with the question of how to enter the right school. not registered. If the bill is adopted, moms and dads of future preschool children will start to bother with the same question.

If the garden is far from work, change jobs

I must say that the innovation from the deputies does not actually contain anything new. Enrollment in the garden on a territorial basis was spelled out in a decree of the Cabinet of Ministers back in 2003. According to this document, in order to get into the state garden, first of all, you need to present in department of education documents that confirm your place of residence in the service area of ​​this garden. True, now very few people use this right. In practice, everything happens differently.

To enroll a child in garden you need to join the electronic queue. All data about the child (including the place of residence) are entered there, but at the same time, parents can choose any of the city's kindergartens. The number of kindergartens is not limited, and there is no territorial selection. Enrollment in the chosen kindergarten takes place in accordance with the available vacant places and the serial number of the child in the queue. As soon as the queue comes up, mom receives an invitation from the garden, which she must accept or decline right in the electronic queue. There is one but: you can refuse an invitation from the garden twice. The third time, you must go to the garden that invites you. The electronic queue to the kindergarten is understandable and convenient for many parents / istockphoto.com

This system is convenient for many parents. Especially for those who live in big cities. Residents of megacities often choose a garden for a child in the immediate vicinity of work. So the mother can calmly and without haste to collect the baby in the morning and has time to pick him up after the working day. With the innovation from the deputies, certain difficulties will be added to this life hack (which, I must say, relieves the family schedule quite well). To enroll a child in a kindergarten near work, a mother will have to look for a fictitious residence permit or hope that there will be free places there.

The idea of ​​the deputies to make the gardens "more accessible" by linking them to the place of residence does not stand up to any criticism at all. The authors of the bill consider it a big problem that now children go to "good" kindergartens only by pull, and the rest get worse kindergartens. Allegedly, if we introduce the territorial principle of enrollment, then all the children of the district will be able to get into a kindergarten with a good material base. Here it turns out that children from another district will be obliged to go to a kindergarten with a poor material base. Without any alternative and the right to choose. 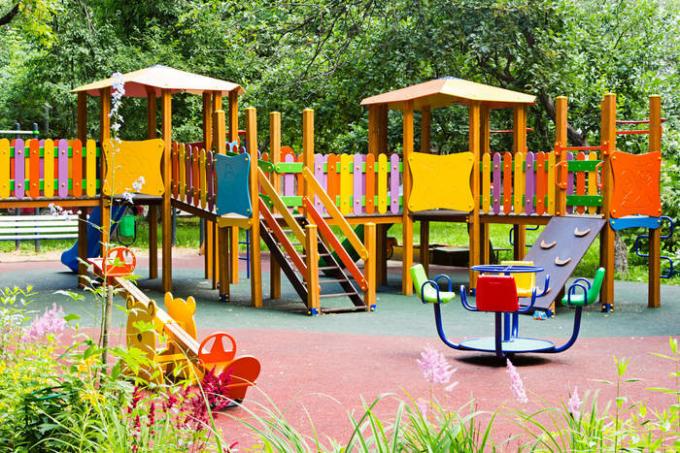 Parents will not be able to choose a garden with a good material base for their child / istockphoto.com

In addition, the uneven workload of kindergartens in large cities is generally not taken into account. For example, in the dormitory districts of Kiev and the suburbs of the capital, the gardens literally "burst at the seams." A group of 40 people and the teacher's request "to pick up the child before lunch, because there is nowhere to put on a nap" is considered the norm here. Whereas in the center (due to the fact that few people live there), the gardens are working in normal loading mode. And voila: the deputies propose to "transfer" children who can go to the "central" kindergartens near their parents' work, to kindergartens near the house. As a result, the queue will only become longer, and getting there even at the place of residence will be almost impossible.

Media: the act of the royal family stunned Meghan Markle and Prince Harry

New details of the conflict between Meghan Mark...

Trinity: congratulations on the holiday in verses for SMS

Congratulations on the Trinity, I wish God's bl...

TOP-4 things in your home that you can't save on

Your home is your soul. Therefore, it is not wo...