Head show "Mamahohotala" on TV channel UFO Ivan Melashenko happy father of two children - a son and a daughter. He shared the secrets of education and said that the change in his life after the birth of children.

That personally mean to you to be "correct" the Pope?

Qualitatively to spend time with the child (this is mainly to play). Do not impose your child their opinion about "what to do and what to do." Always believe and support.

You are more likely to play the role of a good or bad cop in raising a child?

Parents, ideally, should keep a single position. If one of the parents is good and the other evil, the child gets confused whom to listen to. Therefore, my wife and I try to act in concert.

You have expectations as to how you see the future of his son?

There is a waiting only for the fact that he grew up a good, honest and cheerful person who respects the world in which we live. 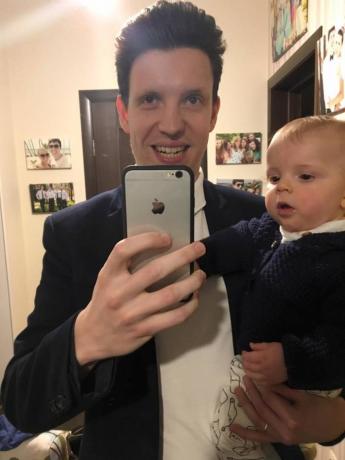 You want your son in the future, go in your footsteps and professionally connected his life with humor?

I want my son chooses what he will do. He's his own man, a single individual.

You strict father? What is absolutely not allow the baby, and that you close your eyes?

I think that kind. But perhaps somewhere in the middle. Strongly do not allow to offend others. In general, the larger the rebuke, the more you want. Therefore, I try not to bend the bar. I asked, for example, taste the wines - I gave a sip. He satisfied his interest and did not ask.

You are differences in child-rearing issue with your wife?

There. In these situations, we try to talk and reach a consensus.

What has changed in your life after the appearance of his son?

I became happier. I became less sleep, of course, and over time became less, but definitely happier. 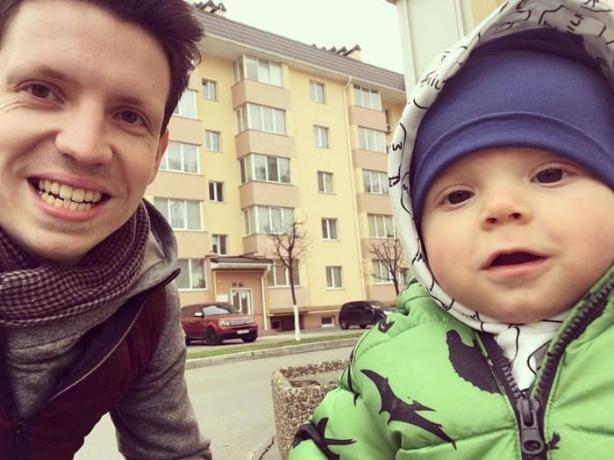 Parenting son and daughter is very different in your family?

While different in that his daughter less shake - the second child, many already know, and do not jump at any chihe. Hopefully, it will grow more independent.

What you need to know every father who has a son? What do you advise him of his own experience?

One should always remember that you are for it - the most important person in my life (at this stage). On your mood and attitude towards independent son is a child he is, and what kind of person he grew up. If you are happy - I am happy he did.

Is there any harm of instant noodles?

Today we will try to understand whether there i...

Men which professions are prone to infidelity

For women, desire is perfectly normal to warn h...

Signs of well-groomed women: the hair