All children have different perceptions of the transition to adult food, especially meat dishes, if they do not quite frayed and hard. How to help the crumbs to cope with the difficulties?

Some kids without any problems taking solid foods meat and easy to move from canned puree at home, and then begin to feed with the adult table. Other children will spit out the mashed potatoes with lumps, and then - refuse to eat, you want to chew.

Analyzing with the peculiarities of children's behavior, you need to understand that food can be divided into several categories in terms of how its hard to chew and swallow. Then it becomes clear that the child's preferences may be due to inherent characteristics, not bad character, as is sometimes considered an adult. 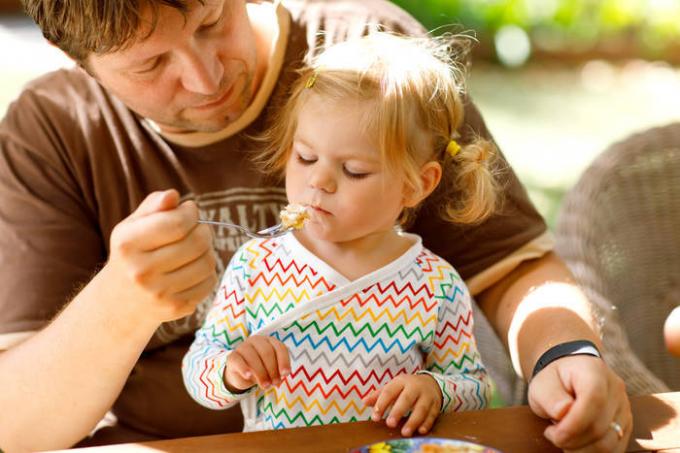 The structure of the maxillofacial system

Sometimes it is the reason that the child harder to chew than its peers. But on the other hand, if a little pipsqueak chews, his diet is dominated by soft and always mashed food, it does not allow him to adequately develop the skill of chewing.

There are three age limits when the child can move on to a new stage of the food: 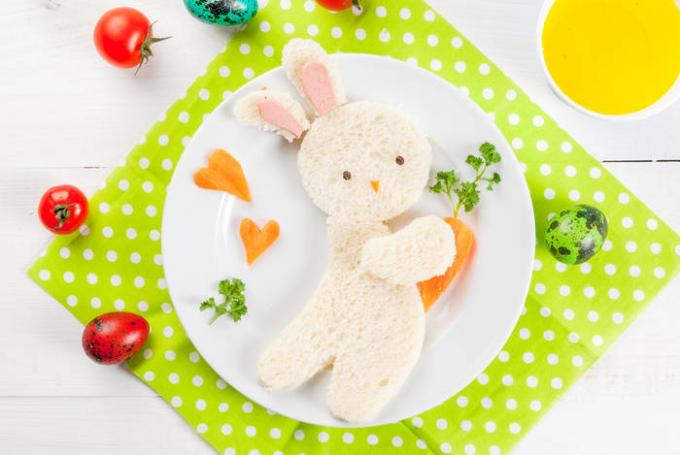 In the can food intended for children of a certain age, manufacturers take into account not only the ability to digest the crumbs of the product, but also its capacity in terms of adaptation to varying the consistency of the food. 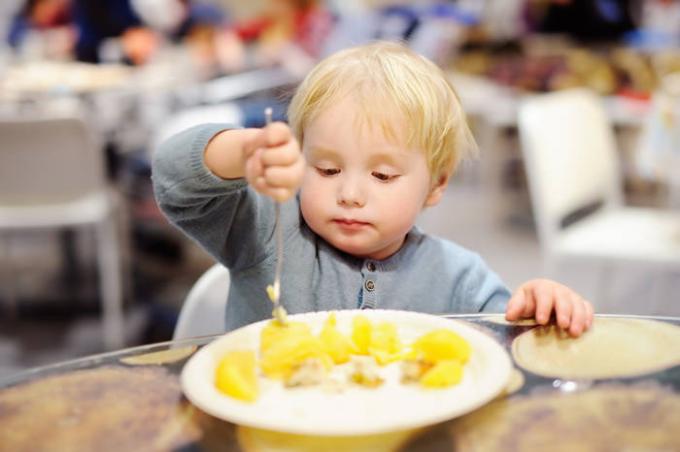 Recommended timing of the introduction of complementary foods for different children breastfed and bottle-fed, so the types of food may vary. Liquid mash - it is rather for the bottle-that lure injected with 5-5.5 months. Children also breastfed up to six months of nothing but mother's milk is not recommended to give. In 6 months of age, many babies are ready to immediately try a thick puree or mash with fibers: in children breastfed jaw system over-trained and strong, moreover, in this age, kids are already beginning to understand their feelings and want more "tangible" food. Therefore, in 6-month-old infants liquid mash step can be skipped. But only offered a try, you will understand the child is ready for it or not.

When the crumb goes from mashed to chopped foods, texture plays an important role.

Bread, potatoes and poultry appear to be mild, but they are difficult to chew. Bread and potatoes become sticky by saliva, and the fibers are difficult to break down the meat. Solid food requires active chewing.

Food interest in the meat

Between six and nine months of a child there is an active interest in adult food. It is necessary to use and give small portions and small pieces of well-cooked-meat.

First, they will come out with a chair in an almost unchanged form since the crumb will swallow without chewing them. But then begins to pre-process the food in your mouth.

If this step is of interest to the adult table to ignore, for fear that the child will choke, the interest fades and may indeed be difficult in the transition to adult food. Such problems are often the result of pedagogical mistakes rather than problems with the maxillofacial system.

If the 9-month-old baby snatched a piece of meat and eat it, do not select. But we need to be there, because the child may bite off a large chunk of which can neither swallow nor push the tongue.

In such a situation it is necessary to quickly enter into the oral cavity bent forefinger (enter from the side, from the corner of the mouth) and, as a hook, this piece of control.

As for the full transition to the adult table, then stretch the process to three years is not worth it. A child of two years, should already and could easily and chew, and swallow a spoon and feed himself, and more or less understand the basic rules of behavior at the table.

Only peace of mind!

How to help your child overcome the difficult stages of the transition to meat dishes:

1. Kid hard adapting to a new food? After puree with pieces worth some time not to give bread and meat slices. Stimulate the crumbs of chewing and the active work of the language. For he is not ready yet, but ape like all the children perceived language for charging. Show how, and the baby will imitate you.
2. Child refuses powdered solid food? Most likely, the main problem - with language mobility. Keep giving crumbs pieces of soft food as the main power supply and ground solid let half a spoon to which the child has enough patience.

3. Kid willingly eat cookies, but refuses to chew meat and other solid food, though he already has a sufficient number of teeth? Most likely, the jaws it works only once - when biting, and then cookies melt in his mouth. Typically, these children prefer bananas. Train your skills chewing, moving gradually from soft to solid food.

Also you will be interested to read this: red and white: how meat is healthier and why

White kills us, and brown helps to lose weight: What is the difference between body fat

What is the difference between white fat in the...

"I'm too old for that!" How to accept your age?

Many are very scared to grow old, but stereotyp...

6 real stories about mother-in-law. Probably this is a diagnosis

The forums are teeming with topics: "How to imp...