What if circumstances force to break the rules of the road?

With the dilemma when the situation is pushing for a traffic violation, he met probably everyone. Many even before officially became drivers

Remember how crafty Inspector, taking an examination indriving, Offered to stop after a prohibiting sign, thereby again checking the knowledge of the theory? Many, this was the most puzzling. Alas, but in the future will have to solve a similar problem several times.

The thing is that with the proliferation of cameras fotovideofiksatsii disorders drivers began to receive "chain letters" for crossing a solid line marking. All anything, but to violate them had forced - in order to give way to the "ambulance" enabled "flashing lights" and a siren. 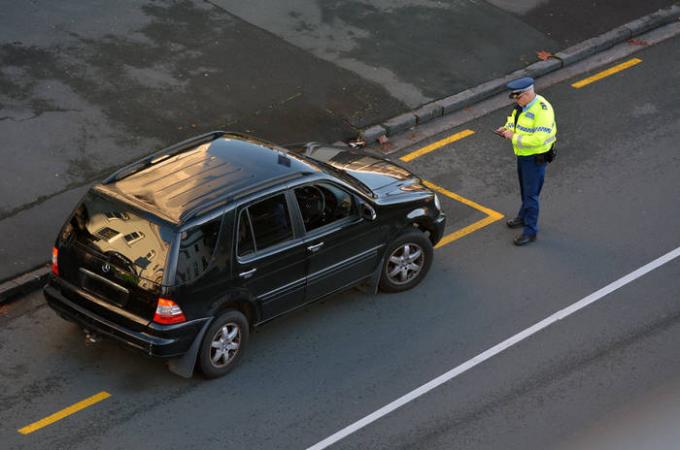 What if circumstances force to break the rules of the road? / istockphoto.com

Where to submit a complaint about the involuntary offense

The complaint should be sent within 10 days after receiving a "chain letters" to the body that issued the ruling. Its origin is on the envelope and / or in the judgment. A complaint can also be sent electronically via the official website of traffic police or the person to come to the reception at the Driver's License. As confirmation that you have acted in circumstances of emergency, attach any evidence indicating the forced nature of the violation. This can be:

Well, if you can get and make a video from a nearby office surveillance camera, accidentally "podsmotrevshey" dispute, or the DVR itself, "ambulance". True, not the fact that you will meet and provide the necessary data, but discounted this possibility is not necessary.

And there are other situations where the actions of the driver may be deemed absolutely necessary. For example, if it was necessary to go to the detour in violation of obstacles on the road (accident, critical damage to the coating, and the like) SDA into the oncoming lane, forced to stay in a prohibited place, turn due to interference from a number of the provisions and the like.

In most cases, if there is conclusive evidence to avoid responsibility difficult. But the abuse of the position of emergency law is not: not easy to find convincing arguments, forced the driver to get behind the wheel drunk, or to race in the oncoming lane.

Also you will be interested to read this: that carry a Ukrainian drivers in the car

5 common mistakes novice drivers, which can lead to trouble

Novice behind the wheel of a car can be seen im...

The most common accidents among female drivers

It is believed that the woman behind the wheel ...

DVR: what is its main advantage

In the expanses of the Internet, you can often ...