5 things for which shamed young mothers: do you know yourself?

Being a young mother is difficult. It would seem that society must understand and accept the mother and child. Instead, it is often blamed, and themselves as mothers. To see this, just look thematic forums.

Motherhood is fraught with a lot of different surprises, which will know only after giving birth to a child. And one of them - public reprimand. For whatshaming young mothers? 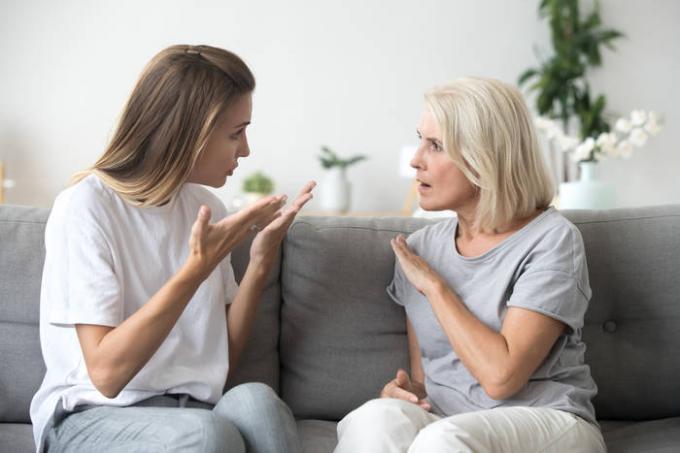 For he was ashamed of young mothers? / istockphoto.com

Often in the circles of young mothers can hear the phrase: "Do not bore myself - I did not become a real mother." It is not otmuchilas 12:00 in labor and under anesthesia everything done quickly. Nothing that then the uterus with the seam is reduced and it is very painful. Nothing that my mother after cesarean discharged on the 5th day from the hospital, instead of 3, as after a natural childbirth. And like she said kesaryata some not so children.

For the way education

Whichever method of education chose not Mom, it will be wrong anyway. It starts even with the hospital when Mom decides to swaddle baby hand or let sleep freely and ending with the choice of the University and even the wedding has grown her child.

For the seat in the decree

You see! While her sister went to work almost a half years old child turned, she He sits in the decree three years. And my husband has to "sew up" at work and in the evening taksovat to feed all the mouths of the house. Could go to work and send their children to the garden, so no waiting until a decree formally ends. If the mother chooses a child, then immediately received a barrage of criticism that its "brains in milk go" and so on.

For work immediately after childbirth

There are women who want or they want to stay on the job, work remotely, typing on a laptop and shaking his leg chaise lounge. And here it begins a very different censure that this mother - bad news does not give the child time and exchanged it for a career.

For what he wants to remain active after birth

How often can I hear the phrase: "Bore - stay home!" A mother does not want to drop out of society and also goes to the cafe, travel, attend concerts and festivals. Here it will either leave the baby at home with grandma or babysitter, for which he receives from a misunderstanding rolled eyes or anywhere takes the baby with him. And, too, looking at her as a crazy.

Abstract. Because the only correct way of parenting - when my mother happy. Never mind, it works with the hospital or sitting in the decree for three years, traveling with a baby in his arms or home baking pies. If internally it comfortably, so she does everything right. And if it is something "nibbles", should look for the cause of her troubles in motherhood and eliminate them.

You will also be interested to knowhow the life of a woman after childbirth.

You may not even suspect that there is a great ...

4 things you need a woman in my life, but for which it necessarily to marry

Some people believe that every woman wants to ...

How to cook an egg cough syrup

Cough is not a disease, it is only a symptom o...