Top 5 myths about gastritis: what stereotypes about the disease prevented her cure to the end

Gastritis occurs because of a bad meal. To cure gastritis need a strict diet. What other stereotypes about gastritis sit firmly in our heads?

Helicobacter pylori, a bacterium that causes gastritis, is considered the most common bacteria in the world. It infected 2 \ 3 of the Earth's population.

Facts about the bacteria that causes gastritis

She knows how to move. The bacterium moves actively rotating flagella as the helicopter (helikopter). For this it and called Helicobacter. She is able to adapt to any environment, anywhere he feels "like a fish in water", requires little oxygen and, if necessary, can even change the shape - to become spherical.

For the discovery of causal relationship bacteria and the occurrence of gastritis, Gastric ulcer and duodenal ulcer in 2005 was awarded the Nobel Prize.

Do bacteria cause disease depends on the human immune system and the organism as a whole. One it does not cause any problems, and other ill... In 90% of cases of gastritis, ulcers or polyps in the stomach of the patient is Helicobacter.

"Pick up" it is possible even by kissing or by using another's toothbrush or utensils. In order not to be infected, always wash your hands before eating. Do not eat from one plate to the other and do not drink from a cup or a bottle, if they are someone already was applied. 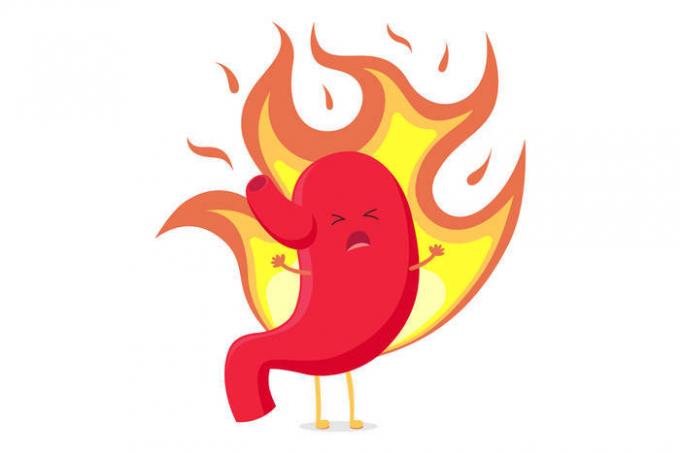 Myth 1. If nothing disturbs, then gastritis not?

In fact, pain is "the stomach" can be in acute gastritis. Usually it occurs immediately after a meal or 15-30 minutes later after it. But chronic gastritis sometimes occurs without any unpleasant sensations. Only occasionally can appear heartburn, bloating, weakness, decreased performance... Surprisingly, it is nothing at all to disturb with a strong human gastritis. And at the same time when the ideal of the mucous is a lot of "stomach" symptoms. But gastritis they are not related.

Myth 2. The main cause of gastritis - bad habits and fast food?

Error in the diet, especially fast food and eating on the run, can actually contribute to the development of this disease.

Just as smoking, alcohol, medication (usually NSAIDs - non-steroidal anti-inflammatory drugs), autoimmune malfunction in the body. Now doctors have revealed even genetic factors gastritis (it is a mutation in the p53 gene). However, the main cause of the disease - infection of the bacterium Helicobacter pylori. Its discovery in 1983 by Australian scientists has turned the whole performance of this disease.

Myth 3. Gastritis can cause stomach cancer

Any disease can have an impact if it is run. For example, a number of scientific studies that took place abroad, revealed the relationship of chronic gastritis and gastric cancer. Incidentally, it was in the 50-70-ies of the last century, that is, before the discovery of Helicobacter pylori.

What is the danger? Against the background of chronic inflammation of the stomach lining come "bad" cell changes. There is atrophy of the mucosa and epithelium specific changes (dysplasia), which may subsequently be transformed into cancer.

Today, scientists around the world mark the direct relationship between Helicobacter pylori infection and gastric cancer. Carriers of the bacteria is a dangerous disease occurs in 6 times more often! Insidious bacterium lives in the gastric mucosa under a layer of mucus and releases ammonium ions. They stimulate active generation of hydrochloric acid which irritate the stomach, causing inflammation and supports. 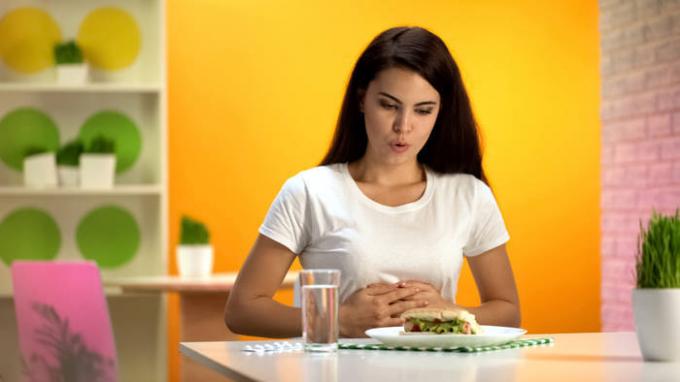 Myth 4. If revealed gastritis, you have to sit on pureed soups and porridges

In chronic gastritis diet does not really matter. You just need to avoid products that have idiosyncrasy. I do not eat on the run, try to eat a fractional, ideal - 3-5 times a day.

As for sparing diet (a table №1), it is recommended only in the period of exacerbation. As a leading factor in the development of chronic gastritis - bacteria, the main struggle is precisely to it. In identifying Helicobacter pylori medication assigned (eradication therapy), which includes antibiotics, bismuth drug and inhibitor of proton pump.

Myth 5. Do I have to do a gastroscopy to detect gastritis?

Gastroscopy with taking a piece of tissue for analysis - the "gold standard" in the diagnosis of gastritis. But apart from that applied and other effective techniques - x-ray of the stomach, blood count, serum blood test for the detection of antibodies to Helicobacter pylori.

There are also non-invasive methods of diagnosis of Helicobacter pylori infection. For example, an effective breath test with urea labeled with the isotope 13 C. It has high accuracy and simple to perform. In addition, the analysis by the PCR method (polymerase chain reaction) to detect H. pylori antigens.

Also you will be interested to read this: gastritis in a child: who is at risk

You forget a person? You confuse the names of t...

10 life hacking for parents who make life easier for children

We offer you to learn 10 life hacking for paren...

9 best foods for a healthy heart and blood vessels: a diet for the heart

How to strengthen the heart muscle and cause th...