Role playing - a favorite children's entertainment. Teach crumbs invent scenarios: as babies learn to communicate and to live in the real world. Do not give up the kind of puppet theater and toy finger!

At the age of 4-5 years old children are already in a position to come up with interesting stories for their games, but the youngest is still worth a little help.

Play the presentation on any topic: the scenario is already familiar to you, or tales of their own. Playing in the theater - that's what your child as an adult, will remember with special warmth. Maybe dolls that you make with your son or daughter, after many years, will play your grandchildren?

Without their parents - no way!

If my daughter clings to you to play in the pharmacy, and the son of the morning begins with the words "And let's as if ...", we can only congratulate you and... ask not refuse. Play! Be sure to play with children and do not perceive it as pampering or indulgence of whims. For now, while the children are young, you have 2 options:

Psychologists say that if you're not going to play in someone to reproduce the actions and attitudes of adults or heroes some stories, the kid will play primitive games. He will run the cars, banging on the table or break toys, mindlessly repeat some mechanical action, not developing during the game.

And what of the future? Boring life if his inner world will not change under the influence of some external factors. So, is now helping a child work through subjects traveling to Africa, building shopping mall or playing daughters and mothers, you take care of his adult life. Normally, in the preschool age playing game acts as a dominant activity, if parents do not turn a lifetime crumbs in developing training or hand over to him the tablet with games-shooters, in which there are only two roles: "their" and "Alien". In general, connect until it's too late!

Suggest crumbs simple scenes role-playing games. In the smallest popular topics on the interaction of animals and people, and the children are willing to take on the role of kittens and leverets, then start Mothers and Daughters, pharmacies, schools, construction sites and visitors, and later - Princess, Prince and fairy tales, in which you need to kill the dragon and rescue humanity. It is important that a game of the seller and buyer, mother and daughter, the doctor and the patient, the child will be much more confident when it turns in the store or at the doctor, and mother, watching the game "in the mother" will understand that from their daily communication crumbs left in memory: her endless observations, the choice of clothes or reading books.

It is not enough to buy a child a toy: it is necessary to play. Otherwise the game will end all-imitation, which does not need to use your imagination. By the way, the constant requests for new toys - a signal that the game is an imitation. Teach your child to invent stories and the toy is not bored and he will not be abandoned the next day! Let crumb serves as a director, playing with toys some script-story "building", "shop", the "guests". Action complements the-scenery: dinnerware set, dice, transport.
SCORE Have to use all the toys in the quality of the goods, arrange a large supermarket with different departments (learn to classify), allocate roles: seller, buyer, cashier.
We are going for a walk You came to visit a doll and decided to go for a walk. But we need to get dressed, and she can not! Baby offers help, gets out of the closet things, chooses what to wear for the weather (explain the term "season"). Upon returning all decompose in places.

Saving another fun, gently rocking "daughter" or fighting the injustice of the world, pipsqueak learn to experience new feelings, is working on emotions, overcomes difficulties. The game hare escaped from the fox? The life is not so terrible.

The performances, which involved the whole family, including pets - is a great way to have fun and a wonderful family tradition! Home theater does not happen a lot: Show puppet shows and fairy tales from the shadows on the ceiling, transform into different characters as you can. 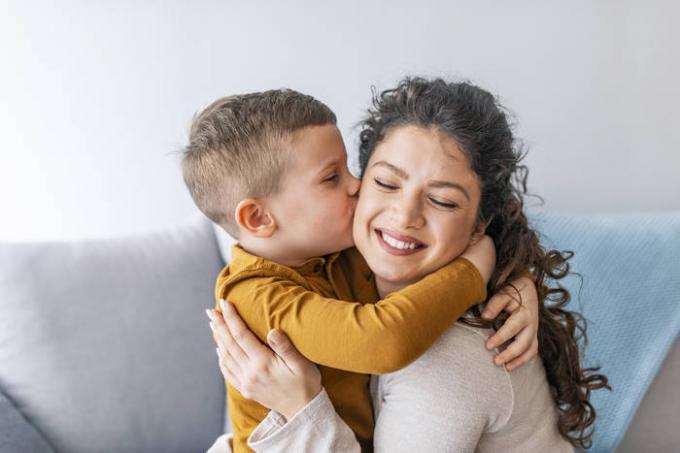 To introduce the baby to the home theater is possible from the moment when he is able to keep eyes for a toy in her mother's hand. Play the small, 5 minutes and, scenes, the older the child, the more attracted him to participate.
Bi-Ba-Bo - glove puppets Make them can be of socks, gloves, rags. The coloring will give a screen - the purchase or homemade.
Finger theater - characters are depicted with their fingers Glue the paper cone and draw faces or characters depicted them finger paints directly on the handle of the baby. Heroes can be stitched from felt, making the so-called walking toys.
Table theater played out on the table You can use any small figurines, toys, wraps and cloth decorations.
Games on flanelegrafe and shadow theater Flanelegraf - board with a fleecy surface on which figures are attached with Velcro on the back side. For the shadow theater figures need heroes, painted black, white screen, the darkness in the room and the light bulb (only characters silhouettes visible).
Game-dramatization - this is the usual game with a quick change. Write a script, hand guests with tickets and check them before the show. Choose the music for the play... After the presentation of all the waiting for the deserved applause.

Also you will be interested to read this: cardboard puppet theater with their own hands

Fish oil from the point of view of modern medicine

It all started with the Greenlandic Eskimos. In...

Found an easy way to wash your hair less often: I have never read such advice anywhere else

Oily scalp is not a pleasure, especially when t...

What is the harm from low blood cholesterol

Many people have their blood cholesterol tested...