Childhood - the games. But some of them cause parents baffled. Maybe Mom and Dad do not understand children's interests and motives, preventing permanent destruction or games without any intelligible plot

Remember how often parents find the game that fascinated the child, simply harmful, sometimes without realizing that they can be interesting or alarming is the persistence with which the baby again and again plays the same, in spite of the attempts to switch. For example, my mother and father would react easier to play in the shop or in the fire than to play without a plot or in the constant fights or destruction.

Plays that come to mind

In fact, any game - OK. The game - the process through which the child is familiar with the environment and develops its own experience. And even if its meaning is not understood by adult or scary, it does not mean that it is not useful or child needs to urgently deliver on it. Most likely, there is a reason why the child is playing that way and we have not been able to understand it properly.

Of course, these games can really signal a severe difficulties and you can ask for help from a psychologist to test their suspicions. However, it often turns out that everything is easier than it might seem at first glance. It helps here observation of the child and his emotions and attempt to answer the question: "What exactly is it like?". So you can see non-obvious meaning of the game and start easier to relate to it. Apply this approach to games, seeming strange to you. 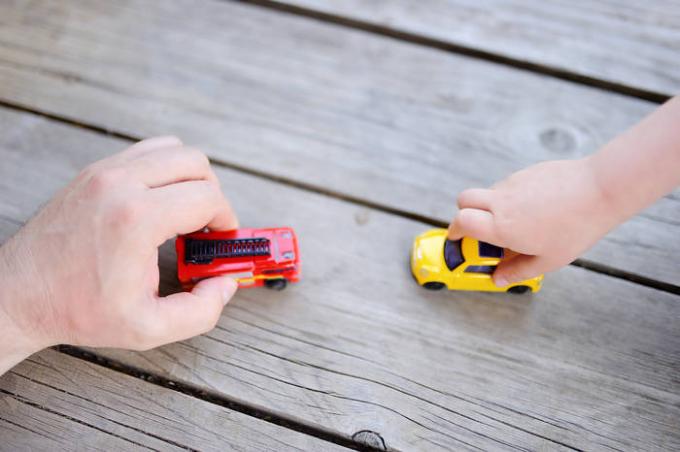 "Let us build a parking lot for him" - we offer a child who enthusiastically chasing a circle race car. The fact that the baby will not support our idea, can be quite an ordinary situation, but if it happens too often, it starts to bother us. Why cars only drive and did not even carry? Why do animals only stand or walk, but do not talk to each other?
What does it mean For children aged two to three years it is often a natural form of game activity, the so-called "sensorimotor" game. This means that the child gets pleasure from the process: he likes to roll on the floor of the car, beat sticks on a drum or methodically tear sheets. And it may be that the story is, it is not just a child voices. 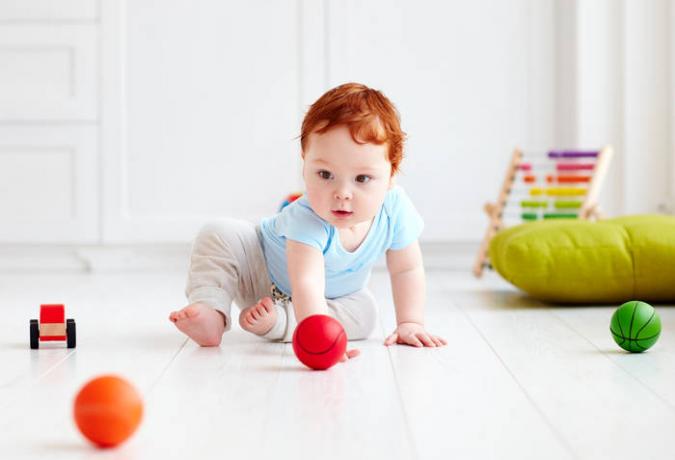 Many parents depressing that their child likes to break their own buildings, and does not seek to come up with something new and complex. Sometimes it seems that a carefully made construction will be the basis for a bright scene. "And who will live in this castle?" - he asks the mother, and it turns out that the castle was not for this, and much more pleasant to look at, as it falls, than to inhabit his characters from fairy tales.
What does it mean Most often, this is not a sign that the child has a problem with the imagination or "willpower" and he was really nice to see how at his own request falls that he had just erected. This game enables him to control the situation, to influence its outcome, in fact the author of the game to decide exactly when construction will be destroyed.

The child is experiencing strong anger during a game. "That's you!" - he exclaims, and pulls the doll's head. Of course, this may indicate an elevated level of its aggressiveness, but there is an option that is "situational" the anger that arises is in the game.
What does it mean In fact, the topic of aggression is present in our culture and is extremely difficult to avoid the love of a child with her. For example, Bun ate, and Immortal Kashchei killed. Any child can play for the "evil" characters and does not have any behavioral or emotional difficulties. 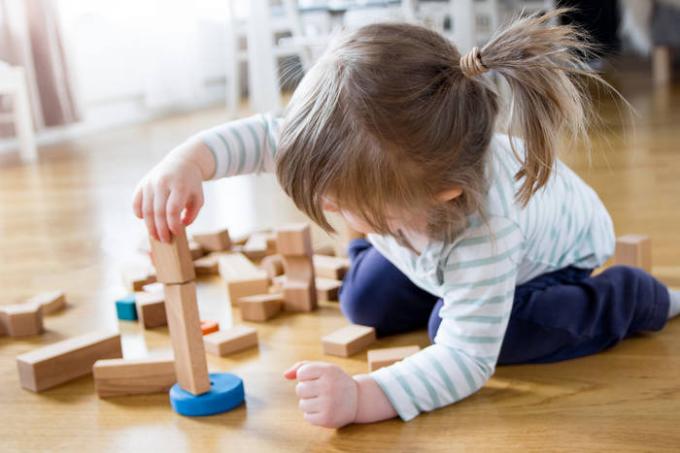 Sometimes we are touched as children portray himself as a child, said exaggerated childish voice, asks on handles and loud hnychat portraying difficulties. At the same time it can be a cause for concern when it seems that it happens too often, or for example, the child is asked to do something that he or she can do on their own.
What does it mean Often, it is an occasion to feel your care and attention, but it may actually be a way to avoid the child's difficult action. Then it can be an occasion to review the list of routine cases that the child is doing during the day. Perhaps in some of them he needs a little more help than it seems.

It seems that there are issues in which it is impossible to play with pleasure. Parents wonder occurs when a child chooses as a subject, for example, childbirth, heavy surgery or a funeral. "So, have a leg cut off. Give a scalpel! ".
What does it mean It's part of the life around him, and so he can be with her to explore her safe way for themselves. 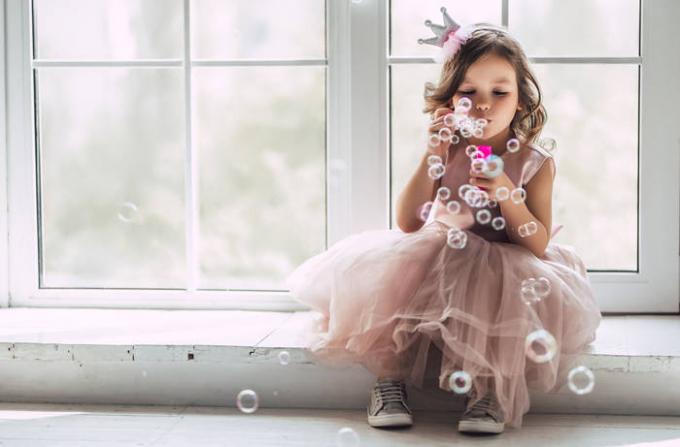 It depicts the invented character

"On what ground we go" - he asks the mother, and heard in response: "Meow!". This child has decided to portray a kitten and now parents have to translate their words from human to cat. Of course, sometimes it happens at the wrong time, or too long.
What does it mean Baby nice to be reincarnated as a fictional character, for example, a cat, a robot or an alien. This allows him to get attention, to monitor the situation and investigate the unusual role for himself.

You should not hurry to make a child observations, using such phrases as:

Better watch out for the baby, and you will understand the hidden meaning of this children's fantasy, mind flying and childish spontaneity.

Also you will be interested to read this: than helpful with the designers of the game

5 myths about the coronavirus, which is time to stop believing

Here are the most common fears about the corona...

What to cook for a student for breakfast: a quick dish in a mug in 3 minutes

Don't trust the dates on the packaging: what is the actual shelf life of food

Incredible but true: expired foods can be eaten...