When it is not too late to any age, you can postpone childbirth

Modern couples are suitable for the birth of a child more conscious than ever before, putting the happiest moment for an indefinite period. When it is too late to give birth and the dangers of late motherhood?

Because of the desire to build a career, to secure financial independence or simply "live for yourself" childbirth some women are often put off for later. But when it comes to the realization that it's time to become a mother, many of them it is not possible or fails to work due to health problems or age. Doctors argue that for the first time to become a mother is better to 30 years. And up to what age you can not think about the birth of the baby and "live for themselves"?

The older a woman is, the more difficult it to get pregnant. After 30 reduced fertility. If within one year of regular sexual life pregnancy does not occur, you need to see a doctor. If a woman over 35 years, it is necessary to go to the gynecologist after six months of regular unprotected sex, that does not result in pregnancy because it is no longer necessary to waste time and more resolve problem. 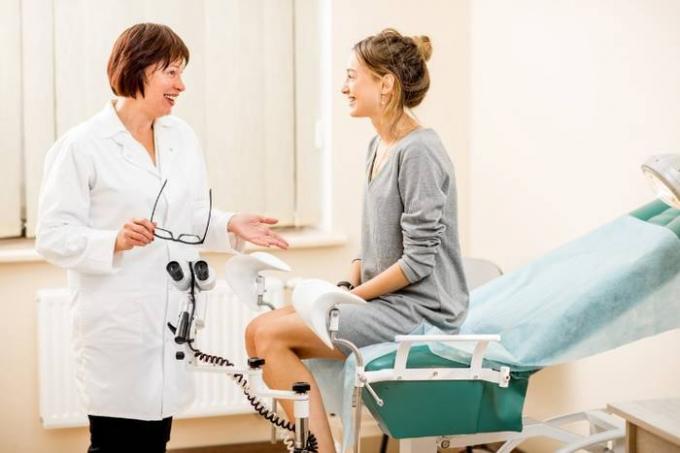 When to see a gynecologist / istockphoto.com

How to avoid genetic damage

The older the woman, the higher the risk that the fetus will have genetic abnormalities. Therefore it is recommended to carry out further tests in the first trimester of pregnancy.

If the spouses are over 35 years we decided to make in vitro fertilization, that they are recommended to do the genetic analysis of embryos before replanting: it is one and a half times increase the probability of pregnancy, and future child will not be genetic deviations.

The woman's age and its effect on pregnancy

If older women became pregnant, her age is not decisive for the future of the baby. The problem is greater in that occur with age related health problems such as obesity, heart disease or high blood pressure. However, these risk factors may be at younger women.

Up to what age can postpone childbirth

When to see a gynecologist / istockphoto.com

Modern medicine helps expectant mothers and women after 50. However, we must take into account the fact that couples where the woman had turned 45-50 years is likely to have to resort to the procedure of IVF with donor eggs.

Modern medicine allows you to delay the birth of a child to the point where the couple will be ready for it: emotionally, financially, socially. However, postponing pregnancy indefinitely still not worth it. The sooner you decide to become a mother, the sooner you take your baby in his arms.

You will also be useful to know, than the risk of late pregnancy.

Why you need to communicate with people of your value level

Before it seemed to me that it absolutely didn’...

How to add zest to your hair: a review of the best 2020 options for medium length hair

An ancient recipe for a delicious drink that reduces weight to

An old recipe for a delicious drink that reduce...